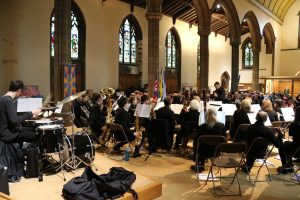 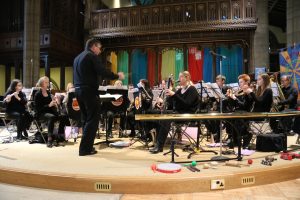 Leeds Concert Band was formed in 2010 as a community ensemble for players of all ages. Many of our founding members are still playing with the band today.

The band’s motto is Music, Community, Friendship and we try to make sure these principles are evident in everything we do.

We rehearse once a week and play concerts throughout the calendar, including the ever-popular annual Children’s Concert, which has raised nearly £6500 for the children’s cancer charity, Candlelighters, over the years.

The band’s musical director since its inception has been Andrew Crawford, under whose expert guidance we play a wide range of music from the hugely varied concert band repertoire.